Girish Karnad, veteran bollywood and theatre personality, died on June 10, 2019 in Bengaluru. He was 81. Girish Karnad was a recipient of the 1998 Jnanpith Award, the highest literary honour conferred in India. One of his latest famous movies was Salman Khan starrer Tiger Zinda Hai as Raw Chief Dr. Shenoy.

•    Girish Karnard was born on May 19, 1938, in Mathern, Maharastra. Girish Karnad’s initial schooling was in Marathi. In Sirsi, Karnataka, he was exposed to travelling theatre groups, Natak Mandalis, as his parents were deeply interested in their plays.
•    He earned his Bachelor of Arts degree in mathematics and statistics from Karnatak Arts College, Dharwad (Karnataka University), in 1958.
•    After working with the Oxford University Press, Chennai for seven years (1963–70), he resigned to take to writing full-time. He got involved with local amateur theatre group, The Madras Players.
•    He served as director of the Film and Television Institute of India (1974–1975) and chairman of the Sangeet Natak Akademi, the National Academy of the Performing Arts (1988–93). 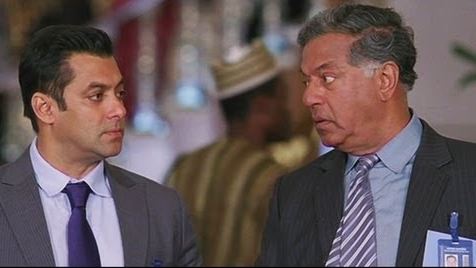 Girish Karnad in a scene from ‘Tiger Zinda Hai’.