Shahbaz Nadeem, who has been playing first-class cricket since 2004, has got a chance in the Indian Test team after 15 years. 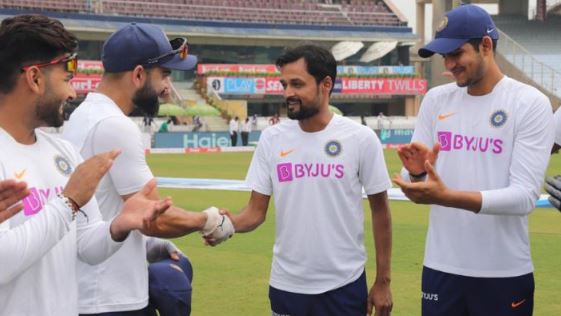 Shahbaz Nadeem made his debut in the last match of three-match test series between India and South Africa. Fast bowler Ishant Sharma has been replaced by spinner Shahbaz Nadeem. He has a rich experience of 15 years as a cricket player.

Shahbaz Nadeem, who has been playing first-class cricket since 2004, has got a chance in the Test team after 15 years of his career. He has been selected in the team once before but never got a chance to debut. Shahbaz Nadeem, who plays domestic cricket for Jharkhand, has landed at his first international match in his home-ground. He will support R Ashwin and Ravindra Jadeja in this match.

How he got this opportunity?
Shahbaz Nadeem started his career as an under-14 player for Bihar and currently, he plays for Sunrises Hyderabad in IPL. He has also made a record of best bowling figure in list-A matches by delivering 10 overs and given 10 runs along with 8 wickets. In 2012, he made a breakthrough in the Delhi Daredevils team with an outstanding performance. Shahbaz was selected as a rising star of the year because of most number of wickets in the 2015-16 and 2016-17. It has been 15 years since he played domestic cricket, but now his hard work has paid off.