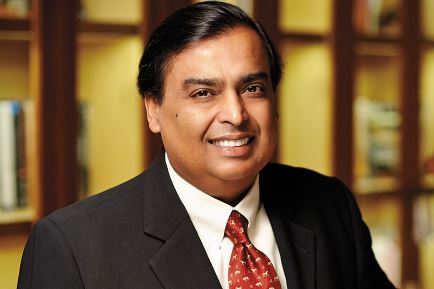 Gautam Adani has a net worth of USD 15.7 billion. Adani’s success is also amazing as he has jumped eight places to make it to the second place in the Forbes richest Indians list. Every year, the 100 richest people are included in the list.

• The promoters of Ashok Leyland, Hinduja Brothers are on the third position with net worth of USD 15.6 billion, Shapoorji Pallonji Group’s Pallonji Mistry is fourth with net worth of USD 15 billion, Kotak Mahindra Bank’s Uday Kotak fifth with net worth of USD 14.8 billion and Shiv Nadar of HCL is at sixth place in this list with USD 14.4 billion of net worth.
• This time six new billionaires have got a place in the Forbes India richest Indian list. These include Biju Ravindran with assets of USD 1.91 billion, Manohar Lal and Madhusudan Agarwal of Haldiram Group with assets of USD 1.7 billion and Rajesh Mehra of Zakuar Group with USD 1.5 billion.
• Wipro chairman Azim Premji dropped out of this year’s Forbes Top-10 Rich List. Last year he was in second place.
• Azim Premji now ranks 17th in this list after donating his wealth. His wealth decreased from Rs 1.53 lakh crore last year to Rs 51,104 crore.

According to Forbes’ list, the total wealth of Indian businessmen has fallen by 8 per cent to USD 452 billion. The magazine says that the year has been challenging even for the rich people of the country due to economic slowdown. Acharya Balakrishna’s wealth has declined by more than two-third due to decrease in sales of Patanjali Ayurveda products.