Khayyam was best known for his music in movies like Kabhi Kabhi and Umrao Jaan. 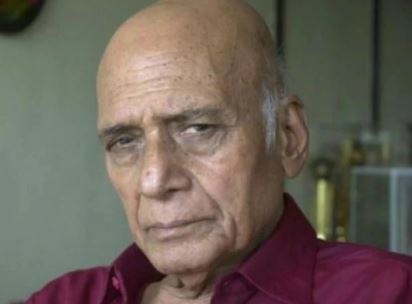 Veteran music director of India Mohammed Zahur Khayyam, known as Khayyam, passed away on August 19, 2019. He was 92. Khayyam was on life support system at Sujay Hospital in suburban Juhu due to lung infection over 10 days ago.

Khayyam was best known for his music in movies like Kabhi Kabhi and Umrao Jaan. Mohammed Zahur Khayyam was honoured with the National Film Award for his work in Umrao Jaan.

• He was born as Sa’aadat Hussain in undivided Punjab on February 18, 1927. He ran away to Delhi to learn music at a young age. But later he went to Lahore to learn music from Baba Chishti.
• He assisted him for just six months and came to Ludhiana in 1943. At that time he was just 17 years old.
• Later, he went to Mumbai and got an opportunity as music composer with the movie Heer Ranjha in 1948.
• Khayyam’s reputation as a great composer established after songs composed from the film Shola Aur Shabnam written by Kaifi Azmi.
• In 1970s Khayyam reached on the top of the chart when he team up with Sahir Ludhyanvi to work in the Yash Chopra directed Kabhi Kabhi.
• The songs “Mein Pal do pal ka Shayar Hun“, “Kabhi Kabhi mere dil mein Khayal ata hai” and “Tere chehre se nazar nahin hat-ti showed Khayyam’s versatility with huge hits.
• Khayyam gave memorable music to films like Trishul, Thodi Si Bewafaai, Bazaar, Dard, Noorie, Nakhuda, Sawaal, Bepannah, Khandaan and many more.