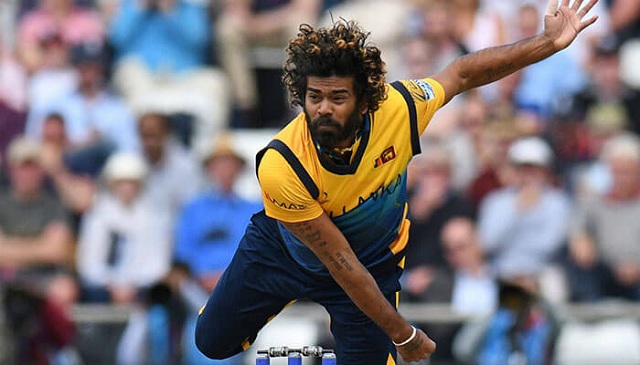 Lasith Malinga revealed that he had informed Sri Lankan Cricket of his decision to retire from ODI’s a few days earlier. Sri Lanka’s first ODI against Bangladesh in Colombo will be Malinga’s last match. Sri Lanka is scheduled to play three-match ODI series against Bangladesh beginning from July 26. The Sri Lankan cricket board has accepted Malinga’s request to retire from the 50-over format.

Lasith Malinga made his retirement announcement through a video on facebook. Malinga said, “Friday will be the last day you will see me playing an ODI match. If you can, please come for the match.” Malinga’s farewell ODI will be played at the R. Premadasa Stadium in Colombo on July 26, 2019.

In his video message, Malinga expressed that he harboured no ill-feeling towards the officials or players who may have tried to push him out of the team. The veteran pacer said that though he was sidelined by the selectors two years ago, he was able to prove his worth to the Sri Lankan national team in the recently concluded Cricket World Cup.

Malinga had announced his retirement from Test cricket way back in 2011. However, the 35-year-old pacer would be still playing in 20-over T20I format of cricket. Malinga said that he hoped to represent Sri Lanka in the T20 World Cup in Australia in 2020. “I hope I will have an opportunity to play in that tournament, but if there are better players than me, I don’t mind being left out,” Malinga said.

Malinga is considered to be one of the greatest limited-overs bowlers of all time. He is well known for his distinctive round-arm action, often referred to as sling action. He is one of the most feared bowlers, especially in death overs, given his ability to take consecutive wickets with in-swinging Yorkers.

He is also the only bowler to have taken three hat-tricks in ODIs and the only player in the history of cricket to have taken four wickets in four consecutive balls.

Overall, Malinga has taken 4 international hat-tricks, most by a Sri Lankan player and joint highest along with Pakistan’s Wasim Akram.

Lasith Malinga along with Angelo Mathews also holds the highest run partnership for the 9th wicket in an ODI with 132 runs against Australia in 2010. Malinga had scored 56 runs off 48 balls in the match, which is the fourth-highest score by a No. 10 batsman in ODI history. Malinga holds the record of highest ODI score for Sri Lanka at No. 10 position and he is also the only Sri Lankan player to score a fifty at the position.

Malinga is the fourth Sri Lankan to take 300 ODI wickets, after Muttiah Muralitharan, Chaminda Vaas and Sanath Jayasuriya. He is the fifth-fastest to reach the landmark in 203 matches.

He is also the fastest to reach 50 ODI wickets in World Cups in 26 innings.