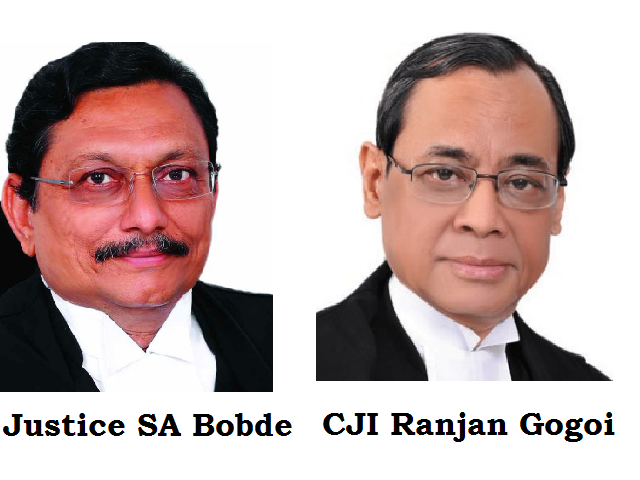 CJI Gogoi has headed and decided over the landmark cases during his stint as Chief Justice such as the Ayodhya-Babri Masjid land dispute and the National Register of Citizens (NRC). CJI Gogoi followed the proper tradition to name his successor by writing a letter to the Government. As per rule, the incumbent chief justice needs to send the recommendation of the next senior-most judge as his successor in writing a month before his retirement.

Another proposal by CJI Gogoi

CJI Ranjan Gogoi has put forward another proposal to enhance the retirement age of High Court judges from the current 62 years to 65 years.

– SA Bobde is at present the second senior-most judge of the Supreme Court.

– He has previously served as the Chief Justice of the Madhya Pradesh High Court.

– Justice Bobde has rendered judgements in some important cases such as Aadhaar, Pro-life, extreme air pollution in Delhi-NCR, and others.