Jammu and Kashmir opens for tourists after two-month travel ban

The two-month travel ban imposed on tourists travelling to Jammu and Kashmir was lifted on October 8. 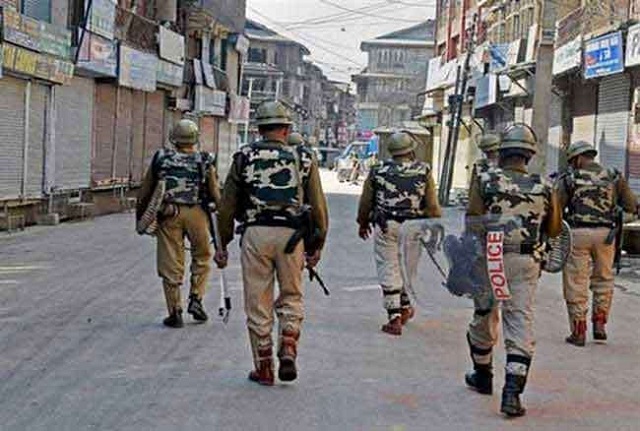 The announcement was made by Jammu and Kashmir Governor Satya Pal Malik on October 7, 2019 after a review meeting of the security situation in the state along with state advisers and chief secretary.

The Union Government had issued a security advisory on August 2, asking tourists to leave the valley immediately due to intelligence inputs of terror threats. The security advisory was issued just days before the government took the decision of revoking Article 370, withdrawing the special status of J&K.

Also read: SC gives centre 28 days to respond to J&K petitions, next hearing to be on November 14

In the latest government order, the principal secretary to the government issued a notice station that the security advisory requesting tourists visiting Jammu and Kashmir to curtail their stay in the Kashmir valley has been withdrawn.

The order also assured that the tourists wishing to visit the state will be provided with all the necessary assistance and support. 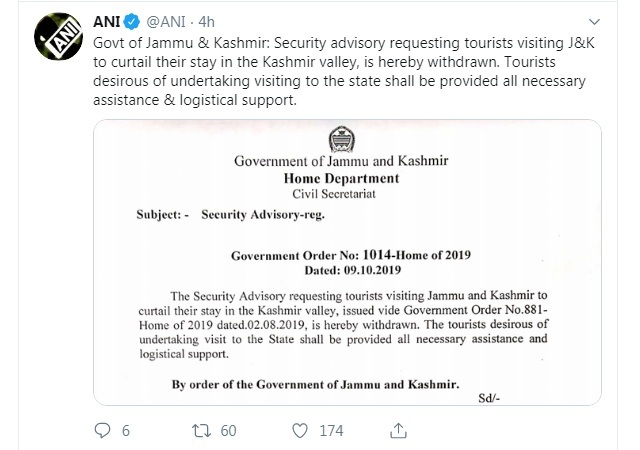 However, internet and telephone services continue to be suspended in the valley. The services were suspended and public movements were restricted hours before revoking Article 370.

Following is the complete Government notification: 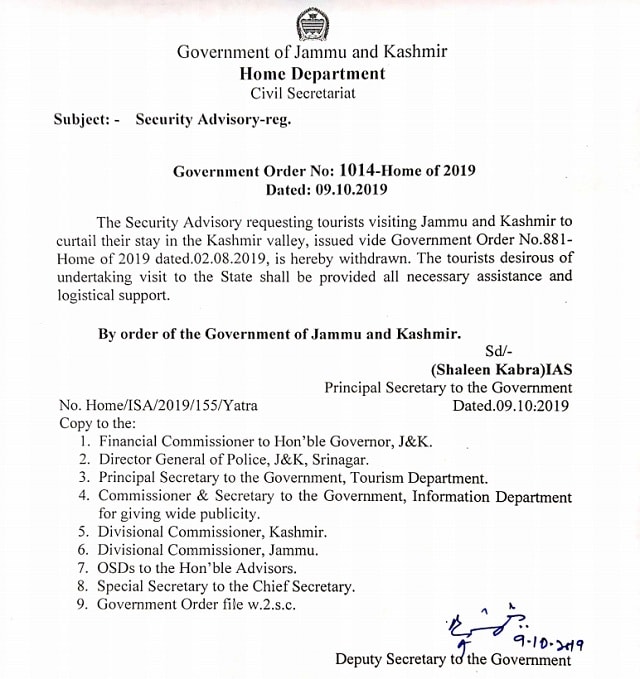 The massive security restrictions imposed by the central government in August 2019, as a measure to prevent any untoward happening after the withdrawal of J&K’s special state status, largely impacted the state’s tourism sector, the mainstay of its economy.

While some of the restrictions have been relaxed now, the mobile and internet services remain largely blocked.

According to official figures, roughly 1.74 lakh tourists visited J&K in June and 1.52 lakh in July. However, since the restrictions were imposed in August, no tourist has been able to visit the valley for over two months.

Also read: Article 35A Scrapped: What is it and why it has been controversial?