Jagannath Mishra was a Cabinet Minister at the centre as well as the last Congress Chief Minister of the State. 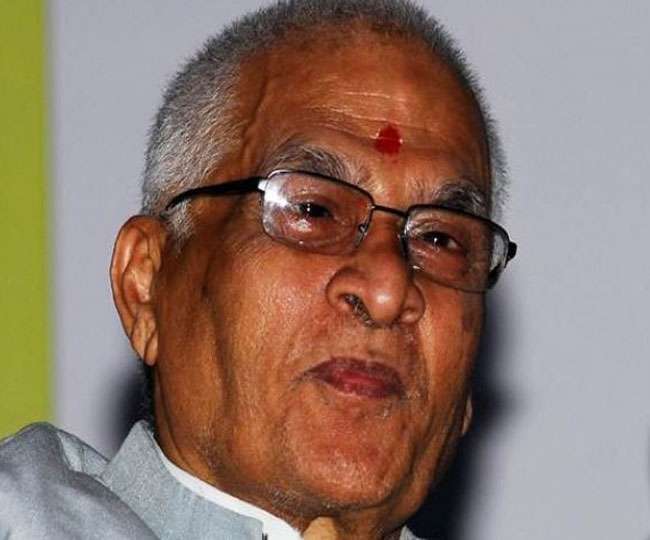 He was a Cabinet Minister at the centre as well as the last Congress Chief Minister of the State. His brother Lalit Narayan Mishra got responsibility as Railway Minister during Indira Gandhi’s regime. Bihar Chief Minister Nitish Kumar declared a three-day state mourning in Bihar. The former CM will be cremated with state honours.

• He started his career as an academician and later became Professor of economics at Bihar University.
• Apart from his political life, he was also active in social activism. He was an active member of Bhoodan Movement which was started by Vinoba Bhave.
• He joined Indian National Congress when he was Professor at Bihar University.
• Jagannath Mishra became the Chief Minister for the first time in 1975. Second time he was given command in 1980 and the last time he was the Chief Minister of Bihar from 1989 to 1990.
• He was also a Union Cabinet Minister in 90s. Jagannath Mishra left the Congress and joined the Nationalist Congress Party in late 90s.
• His son Nitish Mishra is also into politics and he has been a cabinet minister in the Bihar government.

On 31 July 1982, Jagannath Mishra’s government successfully passed the amendments of Section 292 of the Indian Penal Code (IPC) and Section 455 of the Criminal Procedure Code (CrPC) collectively called the Bihar Press Bill. The Bill prohibited the publication, sale and possession of any printed matter that was ‘scurrilous’ or ‘grossly indecent’ or ‘intended for blackmail’. However, this bill was withdrawn after one year.