Chief of Defence Staff: All you need to know

The post of Chief of Defence Staff recommended for the first time after 1999 Kargil War. 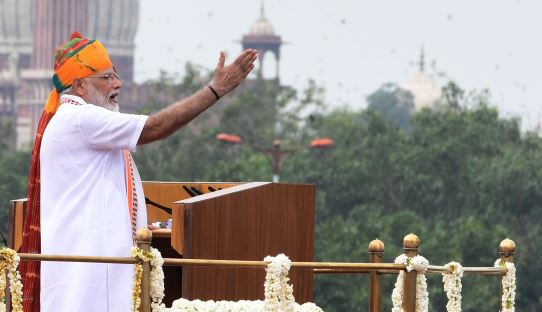 Government Veterans have been demanding a CDS for a long time. This post of recommended for the first time after the 1999 Kargil War. The objective of the creation of this post is to ensure better coordination between all three services.

On this occasion, he announced, “Our forces are India’s pride. To further sharpen coordination between the forces, I want to announce a major decision from the Red Fort: India will have a Chief of Defence Staff- CDS. This is going to make the forces even more effective.”

What is Chief of Defence Staff?

The post of Chief of Defence Staff was first recommended after the Kargil War. A committee which was set up to examine the gaps in the country’s security system recommended that all three services should have Chief of Defence Staff. The committee also said that this officer must be a five-star military officer and it should be the single-point military adviser to the Defence Minister.

Apart from that committee, a group of ministers (GoM) which was constituted in 2001 also explained the necessity of Chief of Defence Staff. This GoM also informed the government about the necessary reforms required to improve India’s national security

CDS in Other Countries

How Army work without CDS?

The most senior officer of all three military chiefs functions as the Chairman of Chiefs of Staff Committee (COSC). In the absence of a Chief of Defence Staff (CDS) role and tenure become very short. At present, Air Chief Marshal (ACM) B.S. Dhanoa took over as the Chairman COSC on May 31 from outgoing Navy Chief Adm Sunil Lanba. Army Chief Gen Bipin Rawat will take over as Chairman of COSC when ACM Dhanoa will retire on September 30 this year.