ISRO has shared the first image of moon captured by Chandrayaan 2. 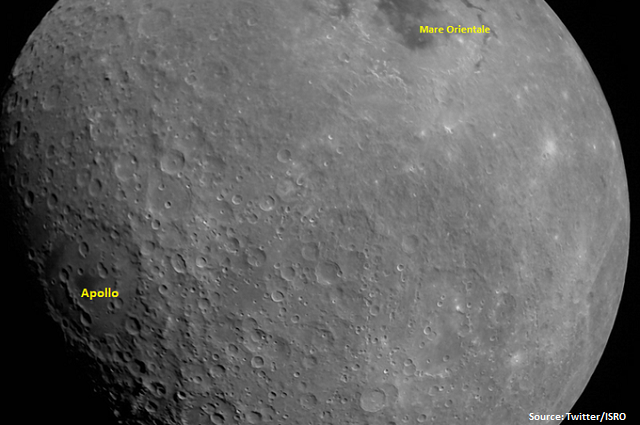 The image was tweeted by ISRO through its official twitter account. The image shows a glimpse of the Mare Orientale basin and Apollo craters. It was captured by Chandrayaan 2 Vikram lander at a height of about 2650 km from Lunar surface. 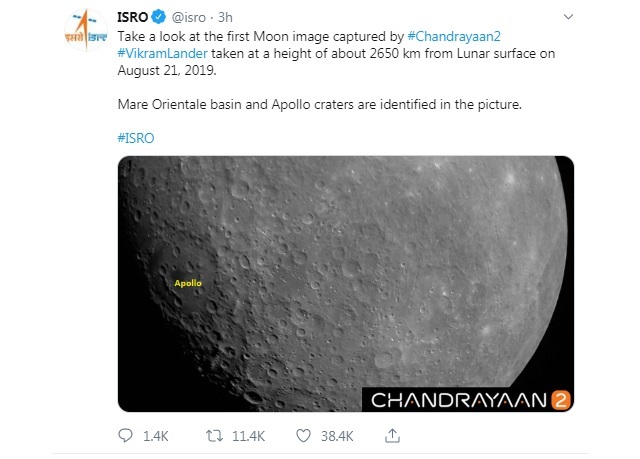 Chandrayaan-2 had successfully conducted the first manoeuvre and entered the lunar orbit on August 20, 2019. Chandrayaan 2’s Vikram lander is expected to land on the darker side of the moon, near its south pole on September 7, 2019.

The Vikram lander will comprise the Pragyan rover, which will collect and send back data from the moon. If the landing is successful, India will become the fourth nation in the world to make a successful moon landing after the US, Russia and China.