Sourav Ganguly will lead the BCCI till 2020.  Amit Shah’s son Jay Shah will be the next secretary of BCCI. 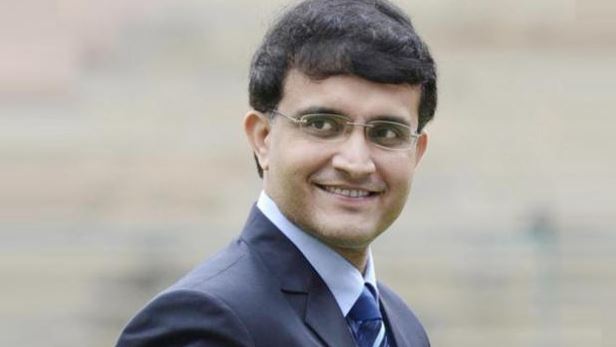 Former Indian cricket team captain Sourav Ganguly has filed his nomination for the post of BCCI president, unopposed. Jay Shah and Arun Singh Dhumal are all set to join Sourav Ganguly’s team as BCCI’s new Secretary and Treasurer respectively. The 47-year-old Ganguly was holding the post of president of the Cricket Association of Bengal (CAB) before this post.

Sourav Ganguly shared an image on twitter where he met with former BCCI president Anurag Thakur, Arun Singh Dhumal, Jay Shah and some other members who will assume new posts in the BCCI under Sourav Ganguly. Anurag Thakur’s younger brother Arun Dhumal is most likely to be named the new treasurer and Union Home Minister Amit Shah’s son, Jay Shah is set to become the new BCCI secretary. 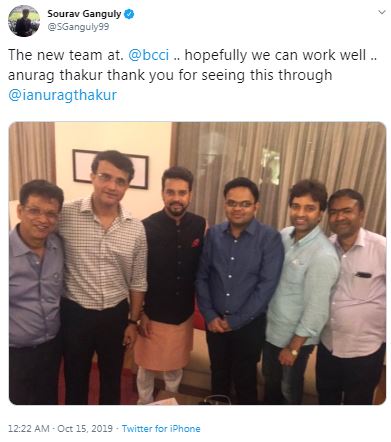 Sourav Ganguly will lead the BCCI till 2020. He will be given a cooling-off (rest) period after holding a position in the board for 6 years. He also already served about five years of tenure in state cricket board. As per the rules, a member can’t hold any position for more than nine years in the board.

• Sourav Ganguly is the only Indian player as a left-hand batsman who has scored 239 runs in the Test.
• He played 311 one day international matches and scored about 11,363 runs in his cricket career.
• Sourav Ganguly played 113 test matches and scored 7212 runs with an average of 42.18%.
• Ganguly has hit a total of 190 sixes in his career. Today, Ganguly is in the top 10 players in terms of hitting sixes.
• Ganguly captained India in 147 ODIs and out of this he won 76 matches and under his captaincy the wining average of the team was about 54 percent.
• From 2000 to 2005, Ganguly took charge of the Indian Test team and during this time the Indian team won 21 out of 49 Tests and lost only 13 Tests.