Arun Jaitley passes away at 66

Arun Jaitley was admitted to AIIMS in Delhi earlier this week after he complained of palpitations and restlessness. 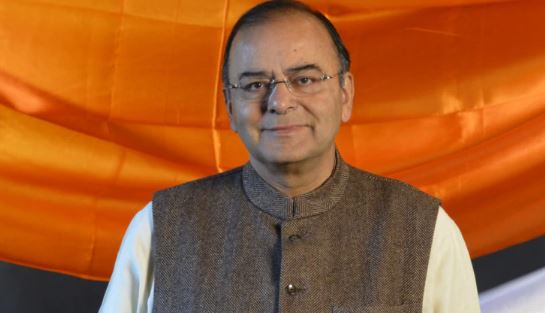 Senior BJP leader and former Finance Minister Arun Jaitley passed away today at AIIMS, New Delhi. He was 66. Arun Jaitley was admitted to AIIMS in Delhi earlier this week after he complained of palpitations and restlessness.

According to the press release issued by AIIMS, Former MP and Former Finance Minister Arun Jaitley passed away at 12.07 pm on August 24, 2019. Release further mentioned that he was admitted in AIIMS on August 9, 2019, and was treated by a multidisciplinary team of senior doctors.

Arun Jaitley was under observation at the hospital’s Cardio-Neuro Centre for more than a week. Due to his health reason he did not contest the Lok Sabha elections. Prime Minister Narendra Modi, Union Home Minister Amit Shah, Defence Minister Rajnath Singh were among others who paid visits when he was admitted in the hospital. 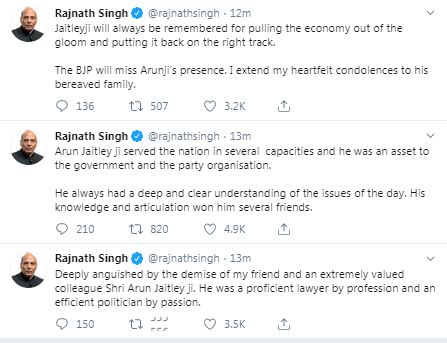 • Arun Jaitley was born on 28 December 1952, he was an ABVP student leader at the Delhi University Campus in the seventies.
• Arun Jaitley first became a Cabinet minister in the government of former Prime Minister Atal Bihari Vajpayee in 2000.
• He then also went on to serve as the Leader of the Opposition in the Rajya Sabha from June 2009.
• He was appointed the finance minister in the first term of Modi government in 2014. He opted out of the 2019 Lok Sabha elections citing health reasons.