Amazon forest fire: Brazil’s Amazon rainforest is burning at a record high rate. It is at the risk of getting burned completely. 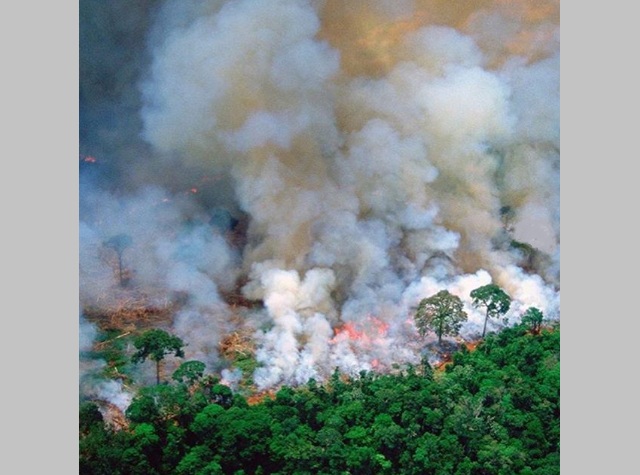 Amazon forest fire: Amazon rainforest, the world’s largest rain forest has been on fire for almost 3 weeks. The rainforest, which provides almost 20 percent of the earth’s oxygen, has been burning for over 16 days resulting in a major loss of trees and biodiversity.

The Amazon rainforest is at the risk of getting burned completely if it is not put out soon. The effects of the major fire can already be seen in regions in South America including Sao Paulo, Brazil’s largest city. São Paulo plunged into sudden darkness around 3 pm on Monday. A dark, smoky cover seemed to envelop the city and the rain that poured down smelled like smoke. Sao Paulo is located about thousands of kilometers away from the burning fire. 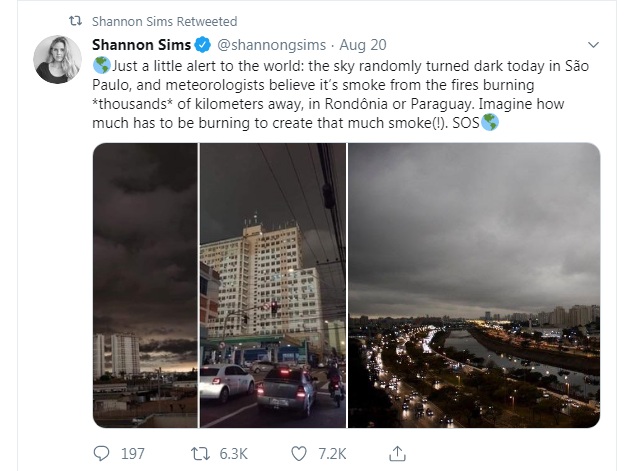 The fire in Brazil’s Amazon rainforest has been burning at the highest rate. There have been around 72,843 fires in Brazil in 2019 itself, with more than half in the Amazon rainforest. This shows an 80 percent increase in fires during the same period in 2018.

According to scientists, the Amazon rainforest fire could deliver a huge blow to the global fight against climate change. The fire will not only result in a major loss of trees and biodiversity but also release CO2 into the atmosphere.

Amazon rainforest, considered to be as the planet’s lungs as it contributes about 20 percent of the earth’s oxygen, is known to be vital to slow down global warming. The rainforest is home to uncountable species of fauna and flora.

While the immediate impact of the fire would be changes in the heating of the regional atmosphere, in the long term it is expected to lead to a potential decline in natural carbon.

Though forest fires are common in the Amazon during this period, as it is a dry season in the southern Amazon, the year 2019 has seen an unprecedented rise in the number of the fires and their intensity.

The rates of burning have been reported to be much higher this year. The worrisome fact is that the burning has increased at a time when there is a huge decrease in the rates of deforestation in Brazilian Amazon.

The Amazon rainforest is the largest rainforest on Earth. The rainforest creates 20 percent of the oxygen in Earth’s atmosphere.

Further, the Amazon rainforest is also the natural habitat of 430 species of mammals and millions of insect species.