Air Marshal RKS Bhadauria, a pass-out from the National Defence Academy, has 4,250 hours of flying experience. 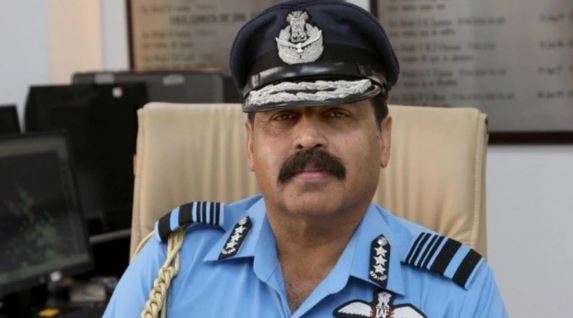 Bhadauria, a pass-out from the National Defence Academy, has 4,250 hours of flying experience. He has experience of flying 26 types of fighter and transport aircraft.

About RKS Bhadauria
• He holds a master’s degree in defence studies from the Command and Staff College of Bangladesh.
• He was commissioned in the fighter stream of the Air Force on 15 June 1980. He has also been awarded the prestigious Sword of Honour Award.
• He has also been the Air Officer Commanding-in-Chief of Bhadauria Training Command.
• He has also served as commander of Jaguar Squadron, Command Officer of Flight Test Squadron in Aircraft and System Testing Stability, Chief Investigation Pilot and Project Director of National Flight Test Center based on Flight Combat Aircraft Project.

Awards and Recognitions
• Air Marshal RKS Bhadauria has been awarded Param Vishisht Seva Medal, Ati Vishisht Seva Medal and Air Force Medal.
• He headed the Indian contingent appointed as the Deputy-Chief for the deal of 36 Rafale war aircraft with France.
• He was promoted as Vice Chief of Air Staff in May this year.