In Aadi Mahotsav about 160 Tribal artists from more than 20 states are participating. The 9-day event starting from 17th August will conclude on 25th August 2019. 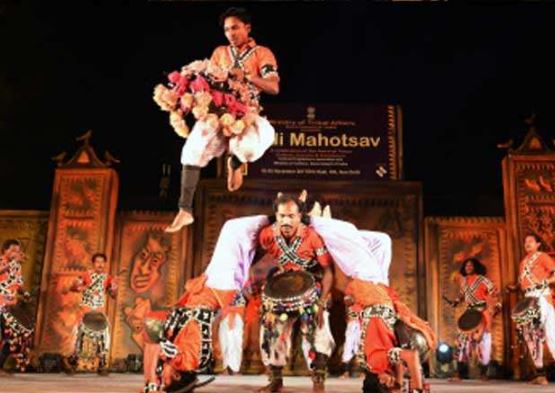 Aadi Mahotsav (National Tribal Festival) kicks off on August 17, 2019, at Polo Ground, Leh-Ladakh. It is a nine-day festival and theme of the festival is – A celebration of the spirit of Tribal Craft, Culture and Commerce.

About 160 Tribal artists from more than 20 states are participating in this festival. Artists generally participate and showcase their masterpieces. The 9-day event starting from 17th August till 25th August, 2019 will represent 8 percent of the country’s population.

The Government has constituted the Tribal Cooperative Marketing Development Federation of India (TRIFED) for achieving tribal upliftment goals. Government agency TRIFED is working in the same direction and embraced e-commerce and digital platforms to take the business forward. Aadi Mahotsav will also provide an opportunity to take tribal commerce to the next level of digital and electronic transactions. Another attraction of this festival would be showcasing the electronic and digital skills of the tribals.